Through the ITP World Impact Survey (I-WISh), which was a collaborative global survey completed by over 1,400 ITP patients and 480 health professionals, we review the perceptions between physicians and patients and identify that fatigue is under-recognised as a symptom and its impact on a patients Quality of life (QoL).

Patients with immune thrombocytopenia (ITP) frequently experience severe fatigue but it is under-recognized by physicians. 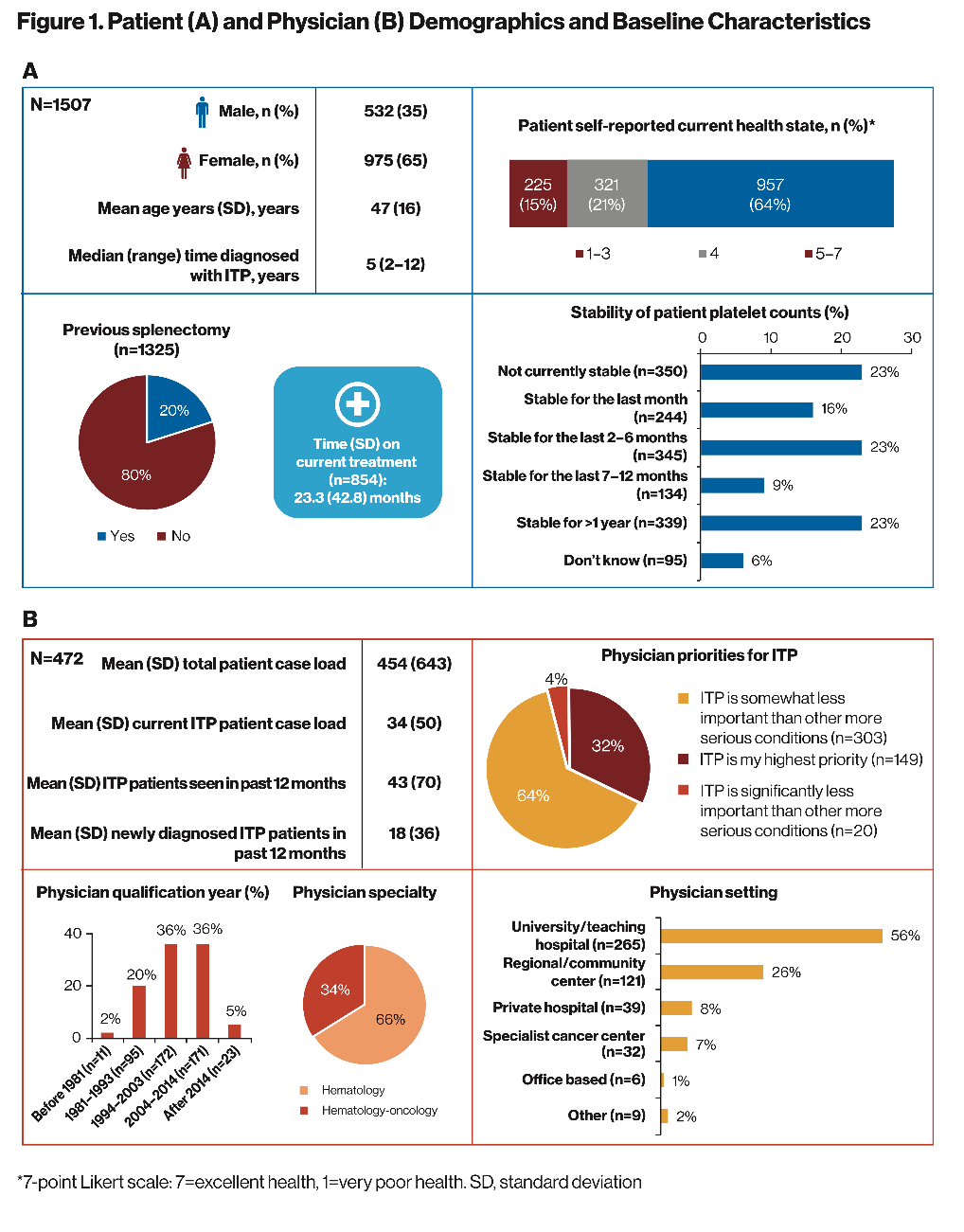 (Figure 2)
The proportion of patients reporting each sign or symptom decreased from diagnosis to survey completion, apart from fatigue, increased headaches/migraine, dizziness, depression, and anxiety around unstable platelet count. 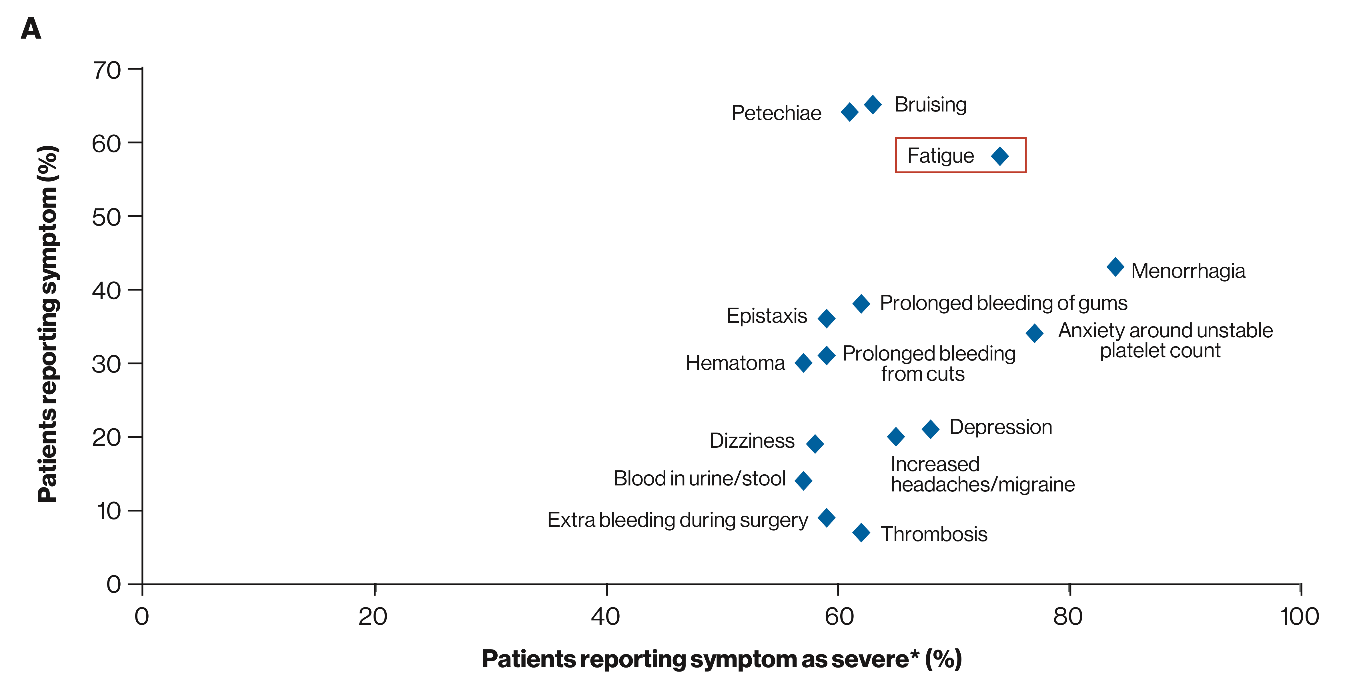 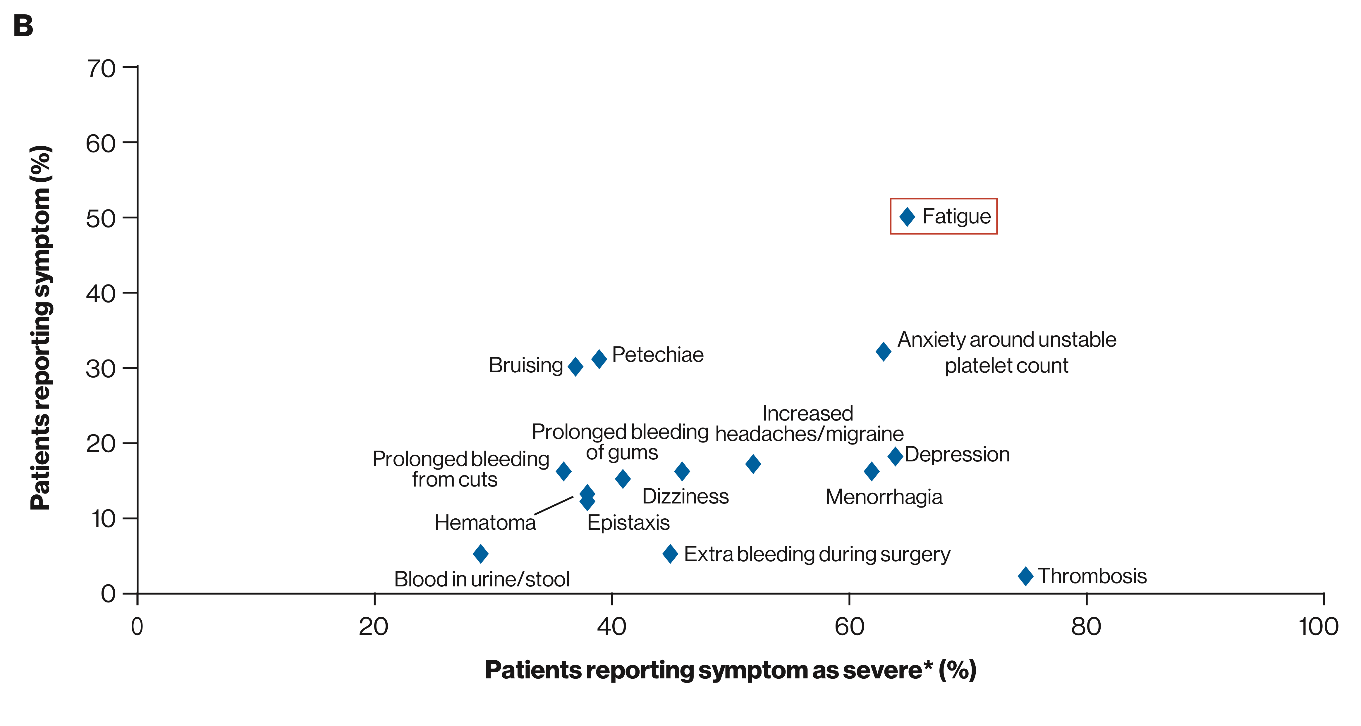 (Figure 3)
There were few differences between signs and symptoms at diagnosis and overall. 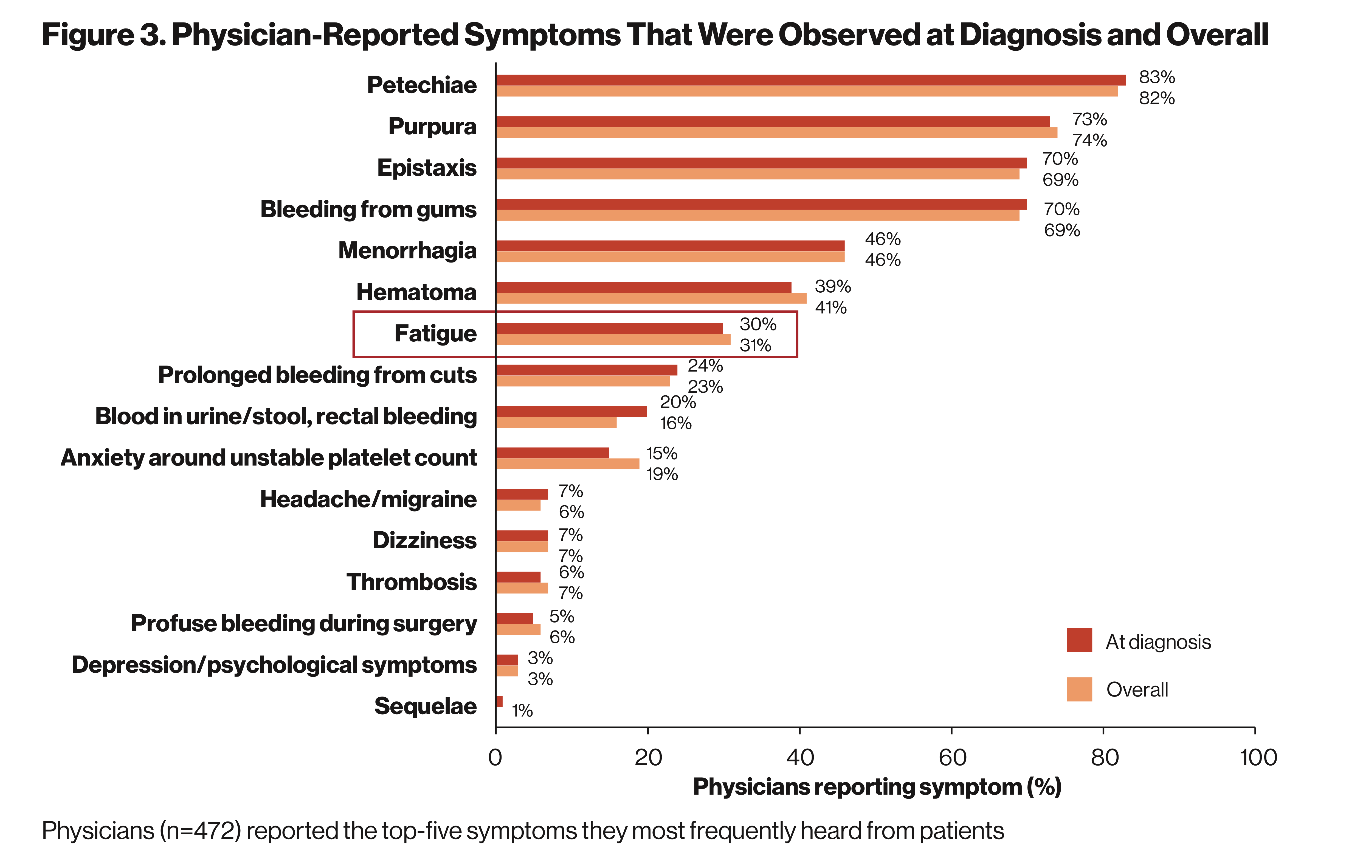 Impact of ITP Symptoms on QoL 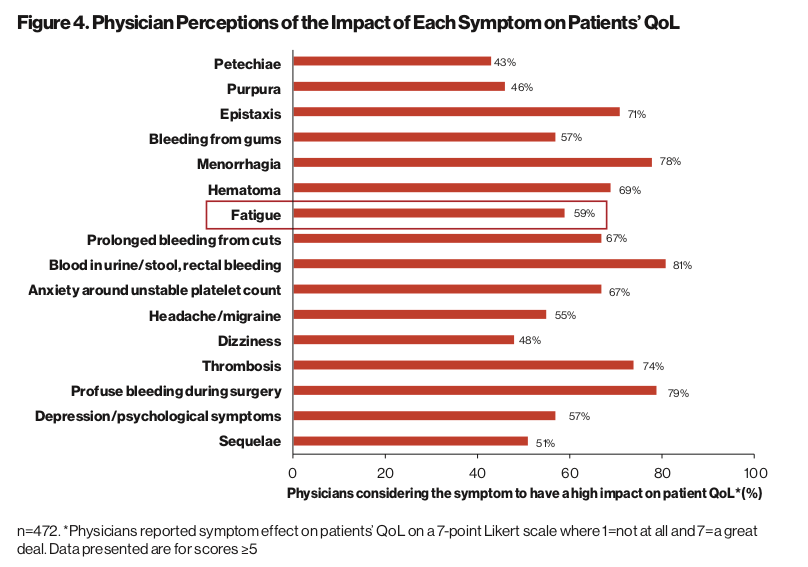 Physician View of ITP-Related Fatigue and Impact on Patients’ QoL 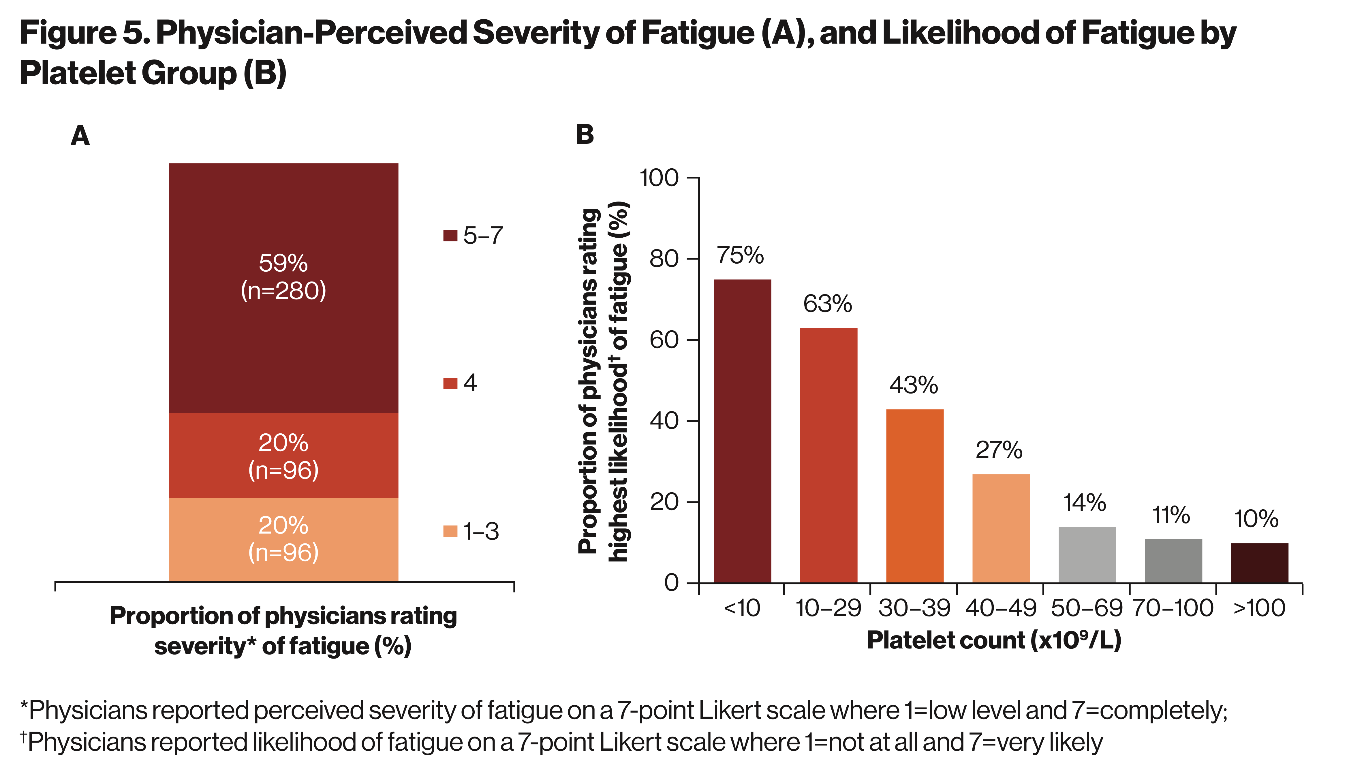