In November, Danielle travelled to Sydney to attend and participate in the 2022 National Rare Disease Summit organised by the national peak body for Rare Diseases, Rare Voices Australia.

This summit is held every two years and was the first in-person event since 2018.

The event is an opportunity to bring together key stakeholders within the rare disease sector, including rare disease support organisations, like ITP Australia, people living with a rare disease, governments, researchers, the pharmaceutical industry and other key peak bodies.

This year’s event was centred around the theme of From Vision to Action: Celebrating 10 Years of Rare Disease Advocacy and Shaping the Next Decade. 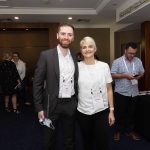 The event included panellists and presentations from key parliamentary figures, including the Hon Mark Butler MP, Minister for Health and Aged Care, Senator the Hon Anne Ruston, Shadow Minister for Health and Aged Care and Dr Mike Freelander MP, Member for Macarthur; Chair of the Standing Committee on Health, Aged Care and Sport; and Co-Chair of the Parliamentary Friends of Australians Living with Rare Diseases.

This event gave Danielle the opportunity to not only meet and connect with other patient organisations, but to make some key connections with researchers and identify new projects that ITP Australia will be focussing on delivering during the next financial year, including programs for paediatric ITP patients and their families and reinforce the importance of the focus of mental health throughout our communities. 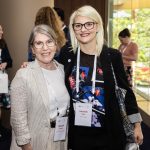 If you haven’t done so already, we recommend that you review the National Strategic Action Plan for Rare Diseases, which was developed with the bipartisan support which is the first nationally coordinated plan launched by Rare Voices Australia in February 2022.

View the report, The New Frontier – Delivering better health for all Australians, which was a result of the bi-partisan Parliamentary Inquiry into approval processes for new drugs and novel medical technologies in Australia, which ITP Australia participated in, in November 2020.

All of these documents mentioned in this story can be found at ITPAustralia.org.au