Getting to know each and every one of the ITP Australia Medical Advisory Board members has been a lot of fun over the last couple of months. In this edition, we learn about one of our Australian ITP specialists, Rob Bird.

Rob is one of the reasons why ITP Australia exists today. Our CEO Danielle was diagnosed by him back in July 2015, and as most of you know, it was he who raised the idea of an Australian based website for the autoimmune disease.

Bio: Dr Robert Bird is Director of Haematology at Princess Alexandra Hospital, Brisbane, where he has worked since 2004. Robert has a longstanding interest in immune thrombocytopenic purpura (ITP), being involved in clinical trials of potential new treatments over the past 15 years. In his spare time, he was the chief examiner with the Royal Australasian College of Physicians in haematology until 2019 and is co-chair of the joint RCPA/RACP (Royal College of Pathologists on Australasia) haematology training committee. 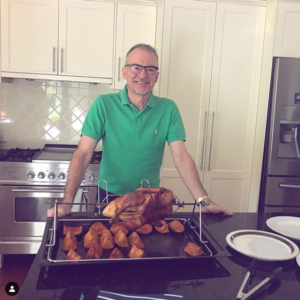 What made you decide on work with ITP as a focus?

I’ve always been interested in non-malignant haematology (although I still look after patients with blood cancers). I became involved in ITP clinical trials in the mid-2000s & found a great group of fellow haematologists internationally who were keen to collaborate.

What is the most rewarding or challenging ITP related moment in your career?

How much has treating ITP changed since you first started working with patients?

Hugely changed. TPORAs have improved the lives of many chronic ITP patients. There were very few clinical trials for new treatments in ITP when I started work as a haematologist. Now I nearly always have a clinical trial open which can provide an alternative to splenectomy.

What would you wish to happen as the next development in ITP treatment?

What is the one piece of advice you’d give to ITP patients and caregivers? 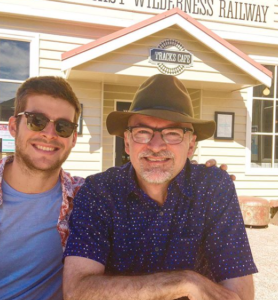 Your goals in life can still be achieved despite ITP, we can nearly always find a way.

Outside of work, what do you do to relax and recharge?

I used to travel a lot, but COVID has stopped that. Until late 2019, I was chief examiner, RCPA Haematology. I found this a very enjoyable & rewarding experience away from my day to day work.

Want to know who what other specialists we have on the ITP Medical Advisory Board? Check out the whole team here.